Exploring the Intersection of Art, Music, and Technology

Results of a collaborative learning experience between students from the visual arts and computing sciences that explores the intersection of art, music, and interactive technology. 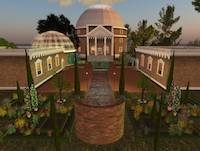 A framework for immersive learning and new approaches to curriculum design that allow digital-media artists to collaborate on interdisciplinary media arts or design projects within virtual environments while pursuing individualized degrees.

Seneca College introduces its approach to facilitating production partnerships among education, industry, and government that has led to several successful high-profile short animated films such as "Ryan" (National Film Board of Canada, 2005), using as an example "Subconscious Password" (National Film Board of Canada, 2013), the latest film by director Chris Landreth.